We Support Children and Youth
to Reach Their Full Potential

Here at REAL Services, we provide a range of innovative yet hard-hitting, thought-provoking and engaging Gun and Knife Crime Awareness Workshops for young people and educational professionals, aiming to raise awareness around Knife Crime, CCE, County-lines and Urban Street Gangs.

We work in a range of settings such as schools, pupil referral units, child secure units, youth, community and outdoor settings/environments. Criminal justice qualified facilitators are designated to deliver our workshops. Our facilitators have direct experiences around the issues discussed, putting them in a unique position to build rapport, so challenging negative behaviours and inspiring change, by highlighting the realities and addressing fundamental skills awareness, such as emotional management, self-control and goals & values. 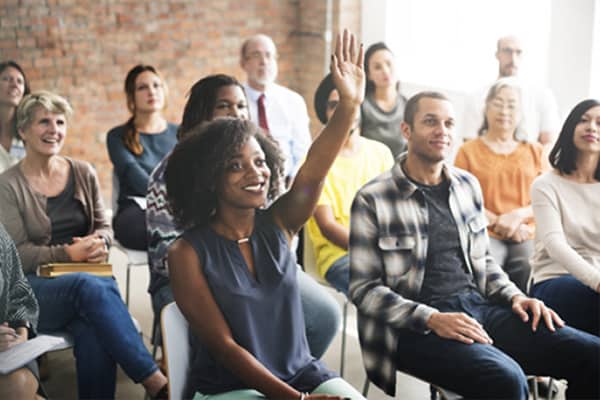 At REAL Services we provide our clients with a unique and powerful understanding around issues faced within the community such as CCE, County-lines and Urban street Gang Activity. Drawing on partial lived experience and best practice from the criminal justice industry. This enables parents, professionals, and organisations to significantly increases the chance of building meaningful relationships and promoting positive change for those who they aim to support.

Our solution-based approach aims to strengthen our clients understanding of the problems faced and experienced by young people. In order to adopt new and improved methods and actions, helping to promote service engagement and reduce reoffending. Our services has been received positively by professionals, parents, schools and services in and around Staffordshire.

This is delivered to discover where young people “are at” both geographically and developmentally. We provide informal and social education, addressing whatever needs are present or perceived by the young person, youth engagement worker & referring parties. These include self-control, emotional management, consequential thinking, resilience, victim awareness, goals, planning, confidence and self-esteem.

The relationship between our Youth Engagement Team and young persons is entirely voluntary. Our methods empower the individual, enabling them to feel respected and valued, leading to better engagement, reducing re-offending and creating more positive outcomes in the future.

Real – Outreach youth work also takes place on young people’s own territory and supports and compliments new and existing school, centre or project-based youth work. Primarily used to inform young people of the risks and raise their awareness around criminal exploitation and self-worth, our Gun and Knife Crime Awareness Workshops and caring approach further aims to encourage young people to use and engage with other local, educational or training services.

Real – Outreach work can also identify, through consultation with young people, any gaps that exist in services that are aimed at supporting their needs. This not only empowers young people, but lets them feel respected, valued and leads to better engagement, while reducing re-offending and creating more positive outcomes.
Discover More

Our Aims and Intervention

Our detached work builds rapport with young people, helping to identify what they want to achieve, offering emotional support, coping strategies and guidance. We also utilise their own incites to develop a pathway of supportive intervention. This may include informative events or visits, offering education, training and awareness around substance misuse, emotional well-being, mental and sexual health.
In addition, we create and encourage opportunities to learn fundamental skills such as self-control, emotional management, resilience, drive, alongside music, arts or sports. Some individuals may require specific support, including being referred and accompanied to other agencies.

We listen and we're pro-active in our pursuit of finding solutions and support assisted remedies to youth related problems, youth violence and conflict.
Our outreach/detached youth work approach has begun to carve out new and innovative ways of working with communities, youth and individuals. Utilising street-based facilitation, mentoring and visiting families, we strive to build professional and supportive relationships within the community. We work pro-socially with local authorities & police, helping to deliver an innovative and caring service to young people that gives them the positive support they need during the times when they are most at risk.

View our Workshops and Sessions below

How Big a Problem is Gang Culture and Gang Crime in the UK?

Gang culture and gang crime are growing in the UK, with increasingly younger people joining gangs, they often carry imitation or real firearms and knives, both for protection, to commit assaults, stabbings and shootings and to intimidate others.  Gangs chiefly consist of street-based groups of youngsters for whom violence and crime are viewed as an essential part of the gang identity and image.

Gang violence and crimes refer primarily to the criminal acts of violence, theft, and sexual exploitation, committed by gang members against members of the general public, other gangs, the police, ambulance drivers and medical staff, firefighters and business owners. Throughout the past, such criminal activities have been committed by gangs at all levels of an organisation.

What Exactly is Gun and Knife Crime?
Gun and knife crime involves the stabbing or shooting of someone, but did you know?…
It’s also illegal to:
What is County Lines Criminal Activity?

Real Services can help schools, groups, organisations and individuals to learn and understand the signs of County Lines Grooming and recruitment and take Steps to prevent it.  County Lines is a terminology used to describe a method of organised illegal drugs trafficking. The drugs or substances are transported from one area to another, often across police and local authority boundaries (although not exclusively), usually by children or vulnerable people who are coerced into it by gangs. The ‘County Line’ is the mobile phone line used to take the orders of drugs. Importing areas (localities where the drugs get distributed) are reporting elevated levels of violence, including knife and gun-related crimes as a result of this growing trend.

Children and youngsters who are often illegally trafficked, coerced, forced or exploited into committing crimes, against their will. CCE victims require urgent safeguarding and ongoing support. Though perceptions are altering, these young people are still often criminalised by the general public and wrongly perceived as having ‘made a choice’ to take part in illegal activities.

CSE is a form of sexual abuse where criminals and gangs illegally exploit children or youngsters. The victims may be provided with drugs, money, and false affection in exchange for performing sexual activities.  Furthermore, they may trust their abuser and not actually understand that they are being abused.

CSE is a form of sexual abuse where criminals and gangs illegally exploit children or youngsters. The victims may be provided with drugs, money, and false affection in exchange for performing sexual activities.  Furthermore, they may trust their abuser and not actually understand that they are being abused.

Child Contact Interventions (CCIs) is the implementation of short-term interventions of supervised contact. CCI’s are put in place to help adults and at-risk youngsters to establish safe and beneficial contact procedures when it’s challenging to do on their own.

What is Awareness Mentoring?

Real Services awareness mentoring involves inspiring young people to refocus their energies towards more meaningful pursuits in life. REAL Services use our vast experience and expertise with each individual we work with to achieve better outcomes for individuals. Consistent mentoring with trust-worthy mentors assists young people to build secure and safe relationships, develop trust, build confidence and the ability to talk about their achievements and difficulties. We engage with vulnerable and disengaged young people by providing support and guidance so they can relax, find confidence and build themselves a brighter future.

Preventing youth violence and gang involvement. Practical advice for schools and colleges from the UK Government

Further Info
If you would like to arrange a Real Services workshop or chat with us about what we have to offer,
please email us at info@real-services.co.uk or call us on 07494 551403.
Contact Us
Scroll to Top
We use cookies to ensure that we give you the best experience on our website. If you continue to use this site we will assume that you are happy with it.OkNoPrivacy policy